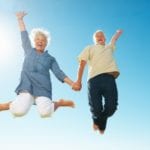 Now, not being a marketing person I’m really not in favour of creating different versions of the same thing and charging more for them. But given the recent news headlines, the question many people have is, ‘Is Nurofen better than Ibuprofen?’… even though they are the same thing.

I know people who swear that Ibuprofen simply isn’t strong enough for them and that they find that only Nurofen works for them. They use a similar argument for Panadol vs Paracetomol, preferring to pay several times more for the branded Paracetamol.

However, an interesting thing happens when you do pay more for the same thing. In the 1980s, a study was performed where over 800 women were given one of two versions of the same aspirin for headache pain.

The other two groups of women received placebos but one groups’ placebos were expensively packaged and labelled ‘Aspirin’ and the other groups’ were in plain aspirin packaging and labelled ‘Analgesic’.

Basically, we associate price with quality so when we pay more for something, we expect it to work better. And it turns out that what we expect or believe actually changes what happens in the brain.

It’s not psychosomatic! It’s not ‘all in the mind’! Research into the placebo effect shows us that belief changes brain chemistry. Believing that something is going to relieve pain actually causes your brain to make it’s own versions of morphine (known as endogenous opiates).

And our beliefs about how the medicine is administered matter too. In the US, an injection of a placebo for pain works about 50% better than a placebo tablet even though they are both placebos. In the UK, it’s reversed. A placebo tablet for pain works a little better (about 10%) than a placebo injection. Why the difference? Surely if they are all placebos they should work exactly the same. Again, the difference is down to what we believe.

In the US, people talk about ‘getting a shot’ and so people in the US generally believe that injections are better for pain than tablets are. On the other hand, people in the UK talk about ‘popping pills’ and so UK people tend to believe in tablets for pain. It comes down to cultural language and that language reflects what we believe.

The bottom line is that things are never ‘all in the mind’. Our beliefs change our brain chemistry (and also what’s going on all throughout the body) and that change can often produce healing effects.

Interesting though this is, and also an untapped resource in terms of our capacity to affect our own health if we learn some mental techniques, the issue that bothers people is that the relatively high pricing of branded medicine seems to be all about profit.

I can’t say for sure that pharmaceutical companies aren’t aware of how to boost the placebo effect and that they price things higher to tap into it. I left the industry in 1999 so I’m not on the ball with their knowledge base. I spent four years in drug development after my PhD in organic chemistry. Given the time since I left I really can’t comment on their motivations.

Certainly, my colleagues back then were definitely not knowledgeable about how the placebo effect works and the general opinion was that it was simply a nuisance that got in the way of achieving a true measure of how well a new drug was working in a clinical trial.

But in the words of Fabrizio Benedetti, professor of physiology and neuroscience at the University of Turin School of Medicine and world authority on the placebo effect, in a paper published in the journal Annual Review of Pharmacology and Toxicology, he wrote:

“The placebo effect has evolved from being thought of as a nuisance in clinical pharmacological research to a biological phenomenon worthy of scientific investigation in its own right.”

I would say that there is definitely more to the mind than most people think. The human mind really is a relatively untapped resource in its ability to bring about changes in the brain and body. The challenge for us, really, is learning how to tap into this phenomenon and learning how to direct and control it.

That’s my motivation for studying and writing about the mind-body connection.

5 thoughts on “Is expensive Nurofen better than cheap Ibuprofen?”

⁦@DrDRHamilton⁩ you are inspirational! ⁦@netflix⁩ he needs his own show!! The most inspiring film HEAL watch it! Its not just wise words but backed with the science! ⁦@HayHouseUK⁩ ⁦@DeepakChopra⁩ ⁦@AnitaMoorjani⁩ https://www.facebook.com/319102607782/posts/10158774087827783/?extid=0&d=n

Another spot on piece about kindness meditation from @DrDRHamilton again in this months @PsychologiesMag . Positive connection is so important. The world would be so much better 🙏 #KindnessMatters

My current reading material, ‘Carbon Choices’, by Neil Kitching, which I’m so enjoying reading. @carbonchoicesuk It’s educational about climate change and shows us what common sense choices each of us can make to make a difference. #carbonchoices #climatechange

Raiders of the Lost Archive on iPlayer now and repeated this Sunday at 2130!! : http://www.bbc.co.uk/iplayer/episode/m000njd3 via @bbciplayer

Many things are contagious and some of these are V

It’s easy to focus on our seeming mistakes here

If you’re not sure what to do, channel kindness.