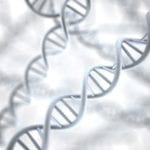 Most people learn from an early age that the mind is just something that we use to think with and that it interprets life events. Any ideas that the mind could somehow affect the body have traditionally, in the West at least, been written off as fantasy or some mysterious and unexplained mind-over-matter effect.

Actually, it’s not mysterious at all and evidence shows that there is absolutely no doubt whatsoever that the mind impacts the body. Try to think of a sexual fantasy without having a physical impact or causing hormonal fluctuations in your body!

Your mind is affecting your body right now. It affects it 24 hours a day, 365 days a year. Most of the time we just don’t notice.

We’re all chemists, you see. I’m a trained chemist. I have a PhD in organic chemistry, which involves building up molecules by sticking atoms together. For this, I earned a place developing drugs for heart disease and cancer in a large pharmaceutical company.

To be honest, though, my interest was really on the people in medical trials who improved on placebos, and so accelerated my interest in the mind-body connection.

Yes, we’re all chemists. If you had to think of someone who causes you stress then you’d produce stress chemistry in your brain. You’d also elevate levels of cortisol and adrenalin in your bloodstream, and cause increased blood to flow to your major muscles. If you think in this way consistently, then there’s a fair chance that you could produce higher levels of free radicals and chemicals of inflammation in your bloodstream too.

Or you could think of someone you love or feel affection towards. This time, you’ll produce love chemistry in your brain, which will involve dopamine, serotonin, the brain’s natural versions of morphine and heroin, known as endogenous opioids, and the love hormone, oxytocin.

Oxytocin will also be produced around the body and will quickly dilate your arteries and lower your blood pressure. It’s called a ‘cardioprotective’ hormone – it protects the heart. It might even initiate labor if you’re heavily pregnant. With consistent thinking in this way, the elevated oxytocin levels will neutralise free radicals and inflammation in your blood vessels. Not bad at all, I think, for something you’re doing with your mind! Yes, we’re quite the chemists.

Again, bear in mind that this is stuff you’re doing with your mind!! Your mind is not some impotent instrument that just interprets the world, where your thoughts, intentions, hopes, and your dreams simply float off into the ether. You can think of your mind as a force, because it does actually bring about effects all throughout your body.

You could take your chemistry prowess a little farther and use your mind to change the physical structure of your brain. You could impress your friends at dinner by giving them a demonstration. It might be a little boring for them, though, as they’d have to watch you with your eyes closed, paying attention to your breathing for about an hour or two (it’s called meditation, to the uninitiated). But, hey, if you had a portable scanner with you then you could show them the scans by the time they finished their second course. They’d see changes in the bit above your eyes. And you could really impress them by specifically making changes to the left side of this bit. All you’d have done was to infuse your meditation with thoughts and feelings of love and compassion.

You could even do a little magic trick and ask them to choose any body part and you could then stimulate that part with your mind without even moving it.

Say they chose your big toe, for instance. All you’d do is focus your attention on your big toe and they could measure electrical and chemical changes there. If this sounds far-fetched, simply thinking about a body area and immediately stimulating the corresponding brain area governing it is actually central to new emerging prosthetics technologies. Thinking of moving a paralysed limb, for instance, stimulates the area of the brain connected to it, which is linked to a computer device that can then move a prosthetic device, or even a make a character take a step forward in a computer game.

Brain-computer interfaces (BCIs) are potentially the next big step in computer gaming, actually. It’s all made possible because the brain doesn’t really distinguish between whether you’re doing something or whether you’re just imagining it.

Yes, things have come quite far in the whole mind-body field in the past decade. It’s funny but had I suggested, a little over a decade ago, that any of the above could be possible, I’d probably have been laughed out of any lab. It’s funny how things change, isn’t it?

I was actually asked, a little over a year ago, to give a lecture on the mind-body connection to medical students, so it’s great to see that some areas of mind-body science are now beginning to be taken seriously. And may it just keep getting better and better! Ripples!!

If you’re interested, here’s a link to a download of a recent lecture I gave entitled, ‘How Your Mind Can Heal Your Body’.

For information on the connection between love, kindness, compassion, and oxytocin and how this impacts the heart, see David R Hamilton PhD, ‘Why Kindness is Good for You’ (paperback) (UK paperback) (Kindle) (UK Kindle)

3 thoughts on “So how DOES your mind affect your body?”

"Kindness doesn't always require a physical act. It can simply be friendliness. It can be listening. All these acts produce #kindnnection. Cardiac patients benifit more from support/kindnnection than meditation or yoga" 💜#5SideEffectsOfKindness 💟 https://t.co/OdTN79TPsp

'Nicola Sturgeon' giving a 'Toast to the Laddies' at an 'alternative' Burns night at the @RTSScotland with some of the other @witsherface gang... (this was a response to an earlier 'Toast to the Lassies' from 'Vladimir Putin' 😆

From practising positive self-talk to expressing gratitude, here are 20 short, concise, but powerful tips and strategies for self-love from @DrDRHamilton : https://t.co/325YU41h4V