The Amazing Power of the Placebo 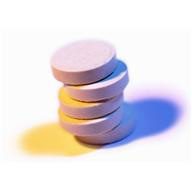 Nearly everyone has experienced a placebo effect!

The fact that you take a medicine tells me that on some level you must believe in it or expect it to work, or you believe in the doctor who prescribed it, or even in the improvement you’ve heard about in other people.

This belief, or expectation, activates the placebo effect. Of course, the drug works too but your mind can enhance it….. or suppress it.

The same placebo can do opposite things, for instance, depending on what the person believes it is for. If patients are given a placebo and told it will relax their muscles then it will, but the same placebo can cause muscular tension if the person believes that’s what it does. Similarly, believing that it is a stimulant will increase heart rate and blood pressure, but thinking that it is a depressant gives it the opposite effect – reducing heart rate and blood pressure.

Some people who are given alcohol placebos, thinking they are drinking real alcoholic beverages, even get drunk.

And placebos can enhance athletic performance. In a 2007 study, non-professional athletes had been given morphine during a pre-competition training phase. On the day of a competition the morphine was secretly swapped for a placebo but the athletes still experienced an increase in pain endurance and physical performance that would be expected from taking morphine.

I wonder if they would have been banned from competition if they’d been caught taking performance enhancing placebos (PEP). As an ex-athletics coach myself, all athletes really need is a PEP talk! 🙂

In another study, 40 asthmatics were given an inhaler containing a placebo that was just water vapour, but they were told that it contained allergens that would restrict their airways. Nineteen of them went on to suffer considerable constriction of their airways. Twelve of them actually experienced a full-blown asthma attack. When they were given a different inhaler and told it would relieve their symptoms, it did, even though it was also a placebo. One person in the study developed symptoms of hay fever too after being told that the inhaler also contained pollen.

But the blue placebo sedatives were 66% effective, compared with 26% for the pink ones. Blue placebos were around 2.5 times more effective for relaxation that pink ones. This is because blue is generally considered to be a calming colour.

Where you live also affects the power of placebos. In a US study of migraine treatments, placebo injections were 1.5 times more powerful than placebo pills. But a European trial found that placebo pills were about 10% better than placebo injections. The reason for the difference? It’s in our cultural language. US patients tend to speak of ‘getting a shot’ so they believe in it more, but Europeans talk of ‘popping pills’, or at least they do in the UK.

On a kind of similar note, in trials of Tagamet, the anti-ulcer drug that was popular in the 80s, the placebo was 59% effective in France but the drug itself was 60% effective in Brazil – a difference of 1%. The placebo in one country was as good as the drug in another!

Studies like these strongly hint that we have far more ability to affect our health through our thinking than we might have believed in the past.

The placebo effect might even lift the power of Viagra beyond its basic pharmacological effect, at least according to psychiatrist Aaron K. Vallance, who suggested in a 2006 paper that the medicine might be enhanced because the name ‘Viagra’ is similar-sounding to the words, ‘vigour’ and ‘Niagara’. This might create a perception of vigorousness and power. I wonder if it would work so well if it was called ‘Flopsy’! 🙂

Of course, the drug works extremely well. Drugs are built to carry out biological functions in the body. I know this for a fact. My PhD was in building molecules, or organic chemistry as it’s officially known, and I spent 4 years in cardiovascular and cancer drug development in the pharmaceutical industry. But there is no question that the mind impacts the body. Imagining something, for instance, can even physically impact brain structure.

The challenge is in tapping into this latent power within us. Doctors can help or hinder, even when they don’t know they are doing it.

We know this because some of the variation in placebo effects simply comes down to the communication between medical staff and patient. For relatively common ailments at least, a doctor or physician who shows confidence or optimism about the patient’s recovery is much more likely to see the patient recovering than one who is unsure or pessimistic.

What is said and, importantly, how it is said can make a big bit of difference. But ultimately, it’s what then goes on in the patient’s mind that leads to the health-giving effects.

I personally believe that we have far more ability to affect our health and, dare I say, to heal ourselves, than we have ever thought possible. The question is how to tap into this ability.

I believe we can make a start by doing something active with our minds and believing in it. This is why I explain the science of how the mind impacts in the body in my talks and books – so that people can understand how their thinking affects their health. That way, when they apply visualization strategies, they tend to believe in themselves, and in so doing they are tapping into this ability.

Of course, this is not to be done instead of medical advice, but in addition to it. That is just being intelligent. We might as well get the best of everything.

And that includes the best use of the mind too!!

David R Hamilton PhD, How Your Mind Can Heal Your Body – For examples and explanation of the placebo effect, other mind-body phenomena, and various visualization strategies for different ailments. UK paperback, US paperback,  UK Kindle,  US Kindle

Daniel Moerman, Meaning, Medicine, and the Placebo Effect – for heaps of research on the placebo effect. UK paperback, US paperback