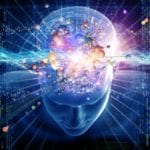 Can you imagine being able to switch on a light with your mind? Or adjust the volume on the TV by just thinking about it? Or even drive your car by imagining yourself driving? These things sound like they’re straight out of a Sci-Fi movie, but in reality we’re not actually that far from it.

It is well known that brainwaves change depending upon what we’re thinking about and that brain areas are specifically activated when we focus our minds on different parts of our bodies. This means that if a person imagines moving a finger then we get activation in the finger area of the brain, but if they imagine moving a toe then there’s activation in the toe area instead.

What if scientists could record the brain activation and channel the activation signals into a computer. And what if the computer was programmed to link each different signal to different things around the household, like lights, TV’s, and other appliances? A finger command could turn on the light, a toe command could adjust the TV volume. A ‘nose’ command might even boil the kettle.

The reality is that we’re almost there with the technology. In pioneering research published in the scientific journal, ‘Nature’, in 2006 a tetraplegic person had a tiny chip inserted in his brain (known as a BCI – Brain-Computer Interface) that recorded activation of specific brain areas associated with simple imagined movements. He was able to move a cursor on a computer screen and even open an e-mail with his mind.

And not only that, he played a computer game, controlled a robotic arm, and adjusted not only the volume of the TV but changed the channel as well, all by thought.

I have personally played a ‘heart’ game created by the Institute of Heartmath that uses heart rhythms to move computer images. After some practice, I was able to adjust the height of a hot air balloon on a computer screen by altering my heart rhythms through relaxed breathing.

Using a BCI, Researchers from Graz University in Austria even helped a paralysed person control a character in a virtual reality simulator by thought alone. The research paper they published was called, ‘Walking from Thought’ as the person could make the character walk down a street simply by imagining himself walking. The next logical step in the research is to create prosthetic devices that move just as arms and legs do – according to intentions.

And more recently this kind of brain technology is being experimentally adapted to see if it can give the scientist Stephen Hawking the ability to communicate. He has been suffering from Lou Gehrig’s disease (motor neurone disease) and has greatly outlived the predictions of doctors who, when he was diagnosed at 21 years of age, predicted he would only live a few years. He celebrated his 70th birthday in January of this year.

Up until now he has been able to create vocal commands on a computer by making tiny, controlled twitches of a muscle in his cheek. But he is now losing the use of that muscle and with it the ability to communicate.

Professor Hawking has been working with neuroscientist Philip Low, CEO of NeuroVigil, based in San Diego, who is adapting a piece of technology called ‘iBrain’ (a BCI device) to record brain waves that are associated with some of Prof Hawking’s thoughts. The data can then be fed into a voice synthesizer to recreate the words. If it works out it will be a massive breakthrough.

So perhaps it might not be so long before we’re able to do a lot of things around the house and at work just by thinking about them. Imagine being able to activate cleaning programs in your house just by thinking about cleaning (oh, the joy), and selecting musical tracks to play just by singing a few notes in your head, or even selecting a movie to watch by just recalling a single scene.

I’m so excited….getting a bit ahead of myself. 🙂

For the research where the person opened an e-mail with his mind, see: L. R. Hochberg, et al, ‘Neuronal ensemble control of prosthetic devices by a human with tetraplegia’, Nature, 2006, 442, 164-171

For more information on BCI’s, see chapter 6 of David R. Hamilton PhD, ‘How Your Mind Can Heal Your Body’, (Hay House, 2008)

For more info on how different brain areas are activated depending on where we put our attention, see chapter 6 of David R. Hamilton PhD, ‘How Your Mind Can Heal Your Body’, (Hay House, 2008)

Is your school joining in? World Kindness Day will take place on Nov 13 and we have a range of activities on offer. Request your free World Kindness Day pack, filled with themed lessons, activities, and fundraising ideas. We’re also hosting LIVE workshops. https://schoolofkindness.org/world-kindness-day

1 lucky person can win a free (signed) copy of Carbon Choices - the common sense solutions to our climate and #nature crises (publish in Oct). All you need to do is like and retweet this by 21/9.
#greenbook #climatechange #carbonchoices
http://www.carbonchoices.uk

Overcome the fear that has been holding you back, allowing you to create the life you have always dreamed of - read #ThisGirlIsOnFire by @andrea_mclean. Find out more here: https://www.thisgirlisonfire.com/

Here’s a simple way to increase your energy. It uses the link between your brain and body. Eons of evolution has ensured that your feelings and their physical expression are in synch, so you can use your body to alter how you feel. https://youtu.be/_jXbxyUtAGk

I can honestly say that when I was at school, the