Why Empathy is Important 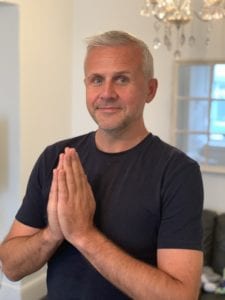 For some reason I’ve been having a lot of conversations about empathy recently.

Empathy has been defined in the scientific journals as ‘I feel with you‘, as distinct from compassion, which has been defined as ‘I feel for you’. With empathy, we share another’s pain and we are very aware of the effects of our actions on them. With compassion, our focus moves a little in the direction of wishing them freedom from their pain.

You can actually see the difference in the brain. Empathy lights up the insula, which is an area of the brain that connects the flow of information between the front of the brain and the emotional areas, whereas compassion sees many of the same areas lit but with the addition of the prefrontal cortex (left side), which is the area above the eyes that is involved in decision making.

US President Barack Obama spoke of the need to fill the ’empathy deficit’ in the world. On 11th August 2006, he said,

“You know, there’s a lot of talk in this country about the federal deficit. But I think we should talk more about our empathy deficit – the ability to put ourselves in someone else’s shoes; to see the world through the eyes of those who are different from us – the child who’s hungry, the steelworker who’s been laid-off, the family who lost the entire life they built together when the storm came to town. When you think like this – when you choose to broaden your ambit of concern and empathize with the plight of others, whether they are close friends or distant strangers – it becomes harder not to act; harder not to help.”

Empathy moves us to share in another’s pain, to really see the world through their eyes. When we do, it very often changes the kind of decisions and actions we take. When empathy is in full bloom, many things change and it does becomes almost impossible not to help.

I read an article in the UK Guardian (or it might have been The Observer) about 6 months or so ago. I wish I’d kept it but the jist of it was that something in the region of 95% of the top people in the banking sector were effectively sociopaths – people who completely lack empathy. That’s a startling statistic. It was from a psychologist’s assessment.

It means that many of the financial decisions that affect us personally and globally are devoid of empathy. In a real sense, we are viewed as statistics, numbers, profit margins, transactions. Personally, I want to be viewed as a person with feelings.

I really feel for Greeks (and Spaniards) who are being hit with extreme austerity due to the Euro crisis at the moment. As I read article after article, it pains me greatly to see the difficulties they are enduring. I find myself welling up as I read some of the personal accounts.

I’m not an economist and I really don’t understand how the financial systems of the world work, but maybe if the decision makers showed a little more empathy – actually put themselves in the shoes of those who are suffering – then decisions might be made differently. I don’t know, really. I can imagine it’s a tough job for politicians, many of whom are trying to juggle their options to make things best in the long term.

But I just can’t help feel that there’s a bit of an empathy deficit going on. Maybe that’s just my analysis, but it feels like my intuition. I wonder how things would work out if there was more empathy. I wonder what type of solutions we’d search for. I wonder if a different, better solution will emerge. I pray!

Empathy moves us to consider the actions of others when we make decisions. In difficult times, I feel that it is crucial for making the best decisions. Empathy (and compassion) might have been viewed as soft in the past, but I think having the courage to show empathy and compassion is the sign of strength. For me, it would be the sign of a leader.

In fact, in leadership terms, a leader is someone who can inspire others to help. Surely empathy is crucial for this. It is crucial, I believe, in building strong relationships. I personally think that as our world becomes more and more interconnected, and cooperation and communication become more important than ever before, then empathy is going to be the new currency for thriving.

Start today. Look at people who are suffering and try as best you can to imagine the world through their eyes.

I think that if more of us did that, then the world could be a different place. A better place. That’s my opinion anyway.