Can compassion beat botox in the anti ageing stakes? 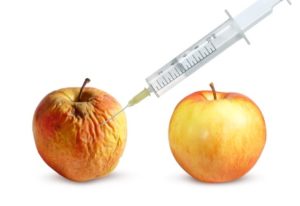 For centuries, learned people have searched for the mystical philosopher’s stone, believed to be the elixir of life and give immortality to he or she who owns it.

But what if the philosopher’s stone isn’t actually a stone? What could it be then?

One of the ‘major agers’ of the human body – those phenomenon that play key roles in ageing – is a phenomenon known as inflammation.

Most people have heard of inflammation. It’s the redness and swelling that occurs at the site of an injury. But what most don’t know is that inflammation can also occur on the inside of the body, in the blood vessels for instance, and as a side-effect of lifestyle and stress. As well as ageing, it plays a key role in heart disease, some cancers, and in a number of other diseases.

Its role in ageing is so significant that some gerontologists believe that if science could develop a powerful body-wide anti-inflammatory drug then the average person would live until they were around 150 years old.

We now know that the vagus nerve controls inflammation, so already you might guess that it could play a role in ageing. This discovery was made by Kevin Tracey, director of the Feinstein Institute and Professor and President of the Elmezzi graduate school of molecular medicine in Manhasset, New York. He described the ‘Inflammatory Reflex’ as the process where the vagus nerve actually shuts down the chemistry of inflammation.

Some research into prolonging lifespan is studying exactly how the vagus nerve does this. It’s interesting to drug companies because they want to develop drugs to do the job.

But maybe the wonder drug isn’t necessary. Maybe what we need to do is train our vagus nerves in much the same way that we train our bodies at the gym. Could this be possible?

It seems so, but the training is not physical. It is more spiritual. It is training in compassion.

According to research by Berkley professor of psychology, Dacher Keltner, the association between the vagus nerve and compassion is strong. People who have high ‘vagal tone’ tend to be highly compassionate.

Vagal tone is a term a bit like muscle tone. Someone who exercises regularly might have good muscle tone. Similarly the person might also have good ‘vascular tone’. Vagal tone is used in a similar capacity to indicate the health, fitness, activity, etc, of the vagus nerve.

Could training ourselves to be more compassionate – and we can indeed train ourselves because compassion is only partly innate but mostly learned – improve vagal tone and also reduce inflammation, thus slowing the ageing process?

Scientists have indeed recently studied the link between compassion and inflammation.

In a 2009 study, researchers at Emory University School of Medicine trained 33 people in a compassion meditation, which involved the structured generation of feelings of compassion on a daily basis, and compared them with a group of 28 people who didn’t do the meditation.

After 6 weeks those who did the compassion meditation had much lower levels of inflammation than those who didn’t. Drawing on the link with ageing, we can say that their bodies were also ageing more slowly too.

I attended a workshop recently that was led by Sharon Salzberg, an author and globally recognized authority on ‘loving-kindness’. She is a teacher of the ‘loving-kindness meditation’, where we cultivate a sentiment of loving kindness and compassion for ourselves, our loved ones, neutral people, difficult people, and for the whole world. It is her daily ritual, which she has been practicing for decades. The first thing I noticed about Sharon was that she absolutely does not look her age.

I was stunned to learn that she is 60 years old. I would have estimated, perhaps, mid to late 40s. Although my observation is by no means an exhaustive scientific study, it was an interesting observation given that I am very much aware of this phenomenon because I studied it so that I could write about in my book, ‘Why Kindness is Good for You’.

It’s a no brainer, really:

-The fitter the vagus nerve, the better its ability to do this.

-Compassion tones up the vagus nerve.

Could compassion even beat botox? You decide!

Could it be that the philosopher’s stone that many have searched so long and hard for has always been right in front of our eyes? Well, actually, in our hearts? Could it be that simple?

History has taught us that things usually are that simple. Maybe it’s called the Philosopher’s stone because it takes a philosopher to actually consider compassion to be the elixir of life.

Some might ask why it is that compassionate people everywhere aren’t living until they’re over a hundred? Firstly, some of them are, but we also counter the effects of it with other lifestyle choices we make and with stress. Genetics also comes into the equation. But all things considered, I’m quite convinced that compassion slows ageing. I’m told that I don’t look 93. 🙂

So here’s my healthy formula for a long life:

Eat well, sleep well, exercise regularly, laugh often, think well, be kind, and show people that you care about them!

And that way is compassion!

May you be filled with it!

Here’s a link to a short video where I talk about compassion and ageing.

Here’s a link to a workshop that might interest you, where I’ll be teaching the loving-kindness meditation.

Here’s a link to my book, Why Kindness is Good for You. 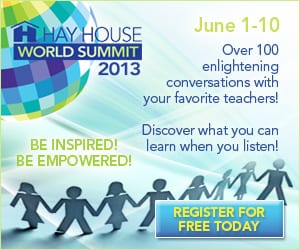