How your mind can affect your strength 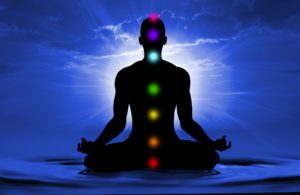 I’ve written quite a bit about the mind-body connection in my books and in some of my blogs. Among other things, I’ve written about strength improvements through visualisation, rehabilitation following a stroke, and even how to reduce appetite by tricking the mind into thinking you’ve eaten, so I’m always on the lookout for new pieces of research.

Well, in October 2014, researchers at the Ohio Musculoskeletal and Neurological Institute (OMNI) published a great piece of research in the Journal of Physiology that showed how visualisation can slow down the loss of muscle, say after a person has had an accident and has limited use. The research is a demonstration of the mind powerfully impacting the body.

In the experiment, 29 people wore a cast from their elbow to their fingers for 4 weeks. Around half of them (14 people) did a visualisation exercise 5 days a week during this time and the other half (15 people) didn’t.

The training sessions were as follows: They had to mentally contract their wrist, given the instruction, “Begin imagining that you are pushing in as hard as you can with your left wrist, push, push, push … and stop.” This would take 5 seconds and they would then get 5 seconds rest. They did it 4 times in a row and that would constitute 1 round. Each daily session was 13 rounds.

Of course, both groups lost strength in that time, which is to be expected when you’re not doing any exercise at all, but what was amazing was that the group who visualised lost much less strength than the group who didn’t.

The group who didn’t visualise lost 45% strength over the 4 weeks but the group who visualised only lost 24%. That’s half as much! It’s a significant difference.

I used to be an athletics coach and loved it. A few years after I stopped doing it formally, a young sprinter came to me devastated that he was to have a shoulder operation that would put him out of training for 3 months. So we devised a visualisation plan where he would go to the gym in his mind and run on the track in his mind.

He did about 45 minutes of this a day, 5 times a week, going to the gym in his mind and running on the track in his mind. He was totally committed to his mental workouts. I remember laughing when he told me he had just surpassed his bench press PB (personal best) in his mind. He said he could feel the great weight and the strain but had imagined pushing the bar up.

The mental effort worked wonders for him. Not only did he defy the odds and was back in training in half the time (6 weeks instead of 3 months), but he had barely lost any strength or leg speed at all. And his improvement from that point was dramatic. Within a few months he had improved so much that he was chosen for the first time ever to represent his country in an international competition.

The mind is far more powerful that most people assume. I love that there is now a great many pieces of credible scientific research in the area.

The key is that imagining something repetitively has a huge impact on the brain. It creates ‘neuroplastic change’, which is where the brain actually moulds around what you’re imagining, effectively not making any distinction between whether you’re doing the thing or imagining doing the thing.

This is great, because if you’re not yet able to do something perfectly, you can certainly imagine yourself doing it perfectly. And to your brain, that’s really the same thing. Your brain then affects how your muscles perform, whether that’s in running, jumping, swinging a golf club or a tennis racket, or even whether it’s speeding up the healing process following injury or disease, which of course I’ve written a great deal about in my book, ‘How Your Mind Can Heal Your Body’, so I don’t want to regurgitate it here.

So never doubt your ability to do something. If you can imagine it, you can do it!