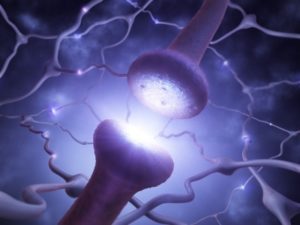 If you’ve read some of my other blogs you’ll be familiar with the Mirror Neuron System (MNS). If this is your first visit, then Welcome!

Mirror neurons do what they say on the tin, so to speak. They are brain cells (neurons) that are involved in mirroring what you perceive.

So if you’re watching me flex my fingers, your brain thinks you’re flexing your fingers. These cells mirror what you see me doing so in some ways your brain doesn’t distinguish between whether you’re watching someone doing something or doing it yourself.

Research has shown that the MNS can be utilized to help speed the recovery from a stroke. In one study, stroke patients were given a month-long course in physiotherapy but half of them also watched able bodied people make simple hand and arm movements – like eating something or turning the pages of a book.

Their mirror neurons kicked in and now their brain was thinking that they actually were moving their hands and arms, even though they were watching someone else doing it. So as far as their brains were concerned they were doing extra movements.

At the end of the study, those who watched the able bodied people (it was described as ‘Action Observation’) had recovered more than those who only had the physiotherapy.

The effect is really far-reaching. In one piece of research, volunteers stretched open an elastic band between their index and middle fingers. They did 25 reps of this every two days until they had done the ‘training’ six times.

Incredibly, they were 33% stronger. If you really couldn’t be bothered exercising, you could actually go to the gym and just sit in the café, providing there was a window that you can watch people training through.

At a talk I once gave, there was a woman who just couldn’t accept this. She pointed out that her husband had sat in front of the TV, watching football, almost every evening for the past 20 years.

“If what you’re saying was true,” she said, “then my husband would be a great footballer, and as fit and athletic as David Beckham, so I’m sorry, I just don’t buy this as he’s put on about 2 stones in weight around his waist and is definitely not more athletic.”

I said I understood her reasoning but that she kind of gave an answer to her own quandary. I asked, “When he watches the football, does he watch the mechanical movements of the players’ muscles? Or does he watch the ball?”

I then pointed out, “Because if he was watching the ball, and the mirror neuron system really does mirror what you watch, then he’ll look more like a ball. And you just said that he’s put on 2 stones in weight.” That was when a ripple of laughter went round the room.

But all joking aside, mirror neuron research has received a great deal of research dollars over the past few years. In my opinion, one of the most exciting pieces of research has been with Alzheimer’s patients.

Amazingly, the maps overlap quite a bit. So some researchers had the novel idea to take the brain to the gym, so to speak, by stimulating the mirror neuron system in Alzheimer’s patients through having them watch simple hand movements. This would, in effect, stimulate the areas of plaque in their brains.

So they worked with a care home containing 44 residents who had the disease and split them into two groups. One group watched 30-minute documentaries five days a week for six weeks and the other group just watched videos of simple hand movements. It doesn’t sound very exciting, especially when the others were watching ‘March of the Penguins’. But when they were all tested after six weeks and again six weeks later, those who watched the hand movements had significantly improved on an attention test and on facial recognition.

Incredibly, taking the brain to the gym, so to speak, was benefitting these patients. As far as I know, this is the only research of its kind.

I’m very hopeful that more research dollars will find their way towards this exciting area of research so that, perhaps, some simple exercises could soon be recognized around the world that can help sufferers of this disease and their families.