How to slow ageing 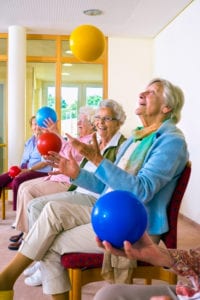 My friend Skip told me recently that he met a 98-year-old man in Bali who challenged him to a race to climb a tree. Skip is a very physically healthy and fit person – an ex-British champion gymnast – yet the 98-year-old nearly matched him.

I spent 6 months of last year nearly full-time renovating our new home. I clearly remember my first building job. My Dad and I had to remove the floorboards in one room, then get rid of all the large rocks underneath (typical in a very old cottage), so that a new floor could be laid.

Lifting the floorboards and removing the joists wasn’t so hard. We did that in less than an hour. It was lifting the heavy rocks for disposal that was the hard bit. When I woke up the following morning, I could barely get out of bed. Muscles I didn’t even know existed were hurting. Walking to the shower, and then downstairs for breakfast, was painful.

I phoned my Dad to see how he was, worried. He is 73-years-old, after all.

“Fine, Son!” was his reply when I phoned him, in an astonishingly (to me) upbeat voice.

He didn’t hurt at all. How could that be? I’m in my mid-forties and no stranger to exercise. I regularly work out. Dad was completely fine. I felt … wrecked … I think that was the word I used that morning.

These kinds of examples of older people demonstrating physical fitness that we only expect in people much younger remind me of how much attitude plays a role in ageing.

For a start, there is no standard rate of ageing. Yes, we have biology. Yes, we have genetics that predispose the human body to an approximate lifespan. But how that biology and those genetics work has a lot to do with attitude.

Back in the 80s, Harvard professor, Ellen Langer, ran a study of a group of senior citizens, some of whom were struggling with arthritis, who were asked to pretend they were 20 years younger. They arrived at the residential centre, where they would live for the next week, and immediately felt transported back in time. Langer ensured that the house was decorated like the 1950s, that daily newspapers each day were from 1959, that the radio played ‘live’ from 1959. Even the TV ran 1959 shows.

They were also asked to converse with each other like it was 20 years ago, discussing their family as if they were all younger. In other words, they were to completely immerse themselves in the mindset that they were 20 years younger. Importantly, they were also encouraged to do things for themselves – carry their own bags, walk up the stairs, etc, without Langer’s team treating them like they weren’t capable.

Astonishingly, when their physiological readings before and after beginning the study were taken – physical strength, eyesight, hearing, gait, manual dexterity, taste sensitivity, memory, mental cognition – they had grown younger. Interestingly, four independent volunteers were asked to look at ‘Before’ and ‘After’ photographs and stated that they believed the ‘After’ photos were two years younger.

In her book, ‘Counterclockwise’, Langer wrote that on the last day at the centre, men, “who had seemed so frail… ended up playing an impromptu touch football game on the front lawn.” 1 week!! This was after just 1 week of holding a younger attitude.

The food we eat, the exercise we take, our attitude to life, ageing, other people, all make a difference to our physiological age. A poor diet, lifestyle and attitude generally takes its toll on the body, prematurely ageing it. A healthy set, on the other hand, keeps the body younger.

One study of 999 Dutch people aged between 65 and 85 quizzed them on their attitudes to ageing. They were asked whether they agreed or disagreed to statements of the sort, “I often feel that life is full of promises,” “I still have positive expectations about my future,” “There are many moments of happiness in my life.” Those whose responses showed them to have higher levels of optimism had a 77% lower risk of death from heart disease and 45% lower risk of death from any cause.

A similar study, conducted at Yale University, asked 660 people for their responses to questions like, “As you get older, you are less useful. Agree or Disagree?’ Those whose responses showed the most positive attitude to ageing lived an average of seven and a half years longer than those with the least positive attitude.

The study also concluded that attitude was more influential than blood pressure, cholesterol levels, smoking, body weight and even exercise levels in how long a person lived.

Attitudes to other people and social contact make a big difference too. People with a poor attitude to others typically don’t make friends as well and neither do they have a broad social network. People who tend to be aggressive, hostile, or even bullies towards others are more prone to cardiovascular disease. People who are more understanding of others, are kind and compassionate, on the other hands, tend to make friends more easily and tend to have better quality relationships. They also tend to have more social contact.

And social contact is highly important. It turns out that social contact is one of the most important factors, in fact, in living to 100. Social contact, as well as helping keep stress down by providing friendships where we can discuss our worries and challenges, also helps produce oxytocin, which is a hormone that helps maintain the health of the cardiovascular system.

The bottom line in research of all of the above types is that attitude affects ageing and it does it by affecting, not just our minds, but our biology and physiology.

One of the key attitudes to adopt is to actually act younger. It’s easy to surrender to what we think we should be doing, or be able to do, given our age. But outside of a bit of common sense regarding our physical state, most people are capable of more than they believe they should be.

A person who is 80 and who believes that the body is mostly worn out at 80, that no improvement is possible in their physical condition regardless of what they do, that their memory, eyesight, physical strength, etc, are set for decline, will live according to this belief, and it will influence what they actually do, how much they move, how they speak, and how their body responds to life.

Let’s say another person has grown up with the belief that humans live until they are 150 years old and that 80 is ‘middle age’. Such a person would likely find that their attitude and the lifestyle, exercise and movement they adopt, would lead to improvements in their physical condition.

Attitude counts! The same holds true when we’re 30, 40, 50, 60, 70… I think you get my drift. If we have a negative preconceived idea of limitations of age, then we tend to live according to these limitations, whatever age we currently are, and don’t stretch our minds and bodies in the way that they are able to be stretched. As such, we age according to our mindset.

Enough said! I’m off to play on the swings. 🙂