You don’t need to BREAK to have a breakTHROUGH 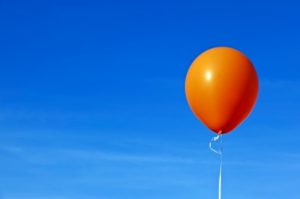 I’ve been thinking a lot about this recently. Many of our deep-help beliefs and assumptions drive our behaviour, and as a consequence, much of what happens in our lives.

What if many of us have a deeply held belief that in order to experience peace or enlightenment we need to have a crash first – that we need to ‘break’ before we can have a breakthrough.

Some probably don’t even think of this as a belief but as a fact. But I think there are less facts than we think, and more beliefs that seem to be facts.

Part of the belief for many of us who read self-help and mind-body-spirit books perhaps stems from reading books by enlightened people who have experienced deep suffering but awoke from the illusion they had been living in and were enlightened. One of my favorite books where this happened in the authors’ life is ‘The Power of Now’, by Eckhart Tolle.

We are so moved by the author’s experience and wisdom that we make the assumption that their life path has to be the same for us. It really is a wonderful book and I remember just feeling at peace for days after I read it, such was the impact it had on me.

But does this mean that the only path to enlightenment is through suffering first? I’m sure those who are enlightened would say no. I wouldn’t say I was enlightened myself, so what do I really know? I can only go on intuition and what makes sense to me.

Here’s what I think: What if the belief that we need to suffer first is actually pulling many people into suffering because, on some level, they felt it was necessary for them to reach a true space of peace.

I don’t doubt that it is a path to enlightenment, but I don’t believe that it is the only path.

So what if we didn’t believe this?

I don’t, and interestingly, I remember very clearly the moment when I had that realisation. I felt at peace. Strange! And it lasted for weeks. The sense of peace wasn’t from the resolution of all that I was struggling with at the time, but from the realisation that I didn’t actually need to suffer. The capacity to experience peace was with me all along, and only required a change of thought.

The mind is a strange thing indeed!

The belief that I needed to suffer was actually pulling some of the strings in my life, leading me into difficult personal situations where I was suffering. When I let go of this assumption, I felt different, somewhat lighter, and life seemed to work a little better for me.

I can’t say that’s how it is for everyone, but of the many, many people I meet around the world as I give lectures and hold workshops, I’d hazard a guess that there’s quite a few people who hold that belief.

My affirmation after that was the title of this article but written for myself:

“I don’t need to break to have a breakthrough.”

How about trying that one on for size and see if it fits? It might work or it might not. Worth a try though, I think, if it could at least spare a little suffering for some people.

Have a great day!