Do you have a 6th sense? 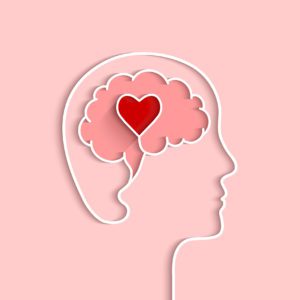 Do you ever feel that you have a 6th sense?

I often wonder why it’s such a taboo subject. As a child growing up in the 70s, I learned that anything extraordinary was to be feared, that it was supernatural. That’s quite a normal attitude in western society.

But we all have a 6th sense, even if society at large, or even science, sometimes tells us otherwise.

-We can and do sense some future events.

-We sometimes sense when someone we love is suffering or needs help.

-Our intentions can impact people at a distance, especially when they are compassionate and directed towards healing.

-We sometimes feel larger, like we’re at one with the whole universe.

-We also know, deep down, that love is our essence and that it really is what makes everything work.

Most people have experienced a premonition of some sort, whether it was of an accident or disaster, or even of something they felt was going to happen in their lives. Research into ‘presentiment’ has even found the human (and animals too) nervous system reacts to future events before they occur.

During a period of depression back in the late 90s, where I was really struggling in my life, my Mum could sense that something was wrong. Even though I lived 250 miles away, she would call me up very early in the morning or even late at night, saying she just had a feeling that something was wrong but that I wasn’t telling her. Many people have experienced such a connection with a loved one.

MRI and EEG studies now even seem to confirm this connection. In a typical experiment, one person is placed inside an MRI scanner while the other person is in a different room. Once that person is given an experimental shock (like a light flashed in their eye, for instance) the brain of the one in the MRI scanner reacts.

Even more, studies on ‘distant intentionality’ reveal that actual intentions of one person can impact another person at a distance. Some research even shows changes in real-time MRI scans, or even in heart rhythms, in one person while another one sends compassionate healing intentions to them.

In some ways, the gap is closing between science and what we think of as ‘out there’ ideas and phenomena. Electrons (subatomic particles) can be thought of as being simultaneously everywhere in the universe at the same time, that is, until they are ‘observed’. In a physics lab, that means to set up an experiment to study the behavior of electrons. In the absence of observation, an electron is everywhere – past, present, and future. Does the same apply to us?

I guess that depends on your definition of ‘us’ – body … or mind / spirit / consciousness as larger than, or even separate from, the body, which takes more of a spiritual view of existence.

The above kinds of research suggests that consciousness is not actually inside your head, but in reality, You (your being, essence, consciousness) is in fact larger and, perhaps, just like the electron, everywhere. But in daily life we are always ‘observing’ ourselves, so we’re always, well, in the body. But people who have experienced transcendental states, or even had near death experiences (NDEs), when they are very much not observing (focused on) the body, tell us that our being/consciousness/spirit is indeed much larger and is very much spread out over the whole universe.

Many of them also tell us that love is what life is all about. Perhaps that’s why we all search for it. We’re even biologically wired to need love. If ‘we’ really are everywhere, in spirit, and love seems to be everywhere in society, then maybe the love we see everywhere is in fact you, I, and everyone else expressed.

I look at the world this way. I find it gives extra meaning to what we do in our lives. If we conclude that we really are much more than our human bodies, with abilities, perhaps, more than we have come to believe, then surely it will benefit us all if we remember that love is what it’s all about and so channel some of our energies towards making life even a little bit better for those around us.

I try to think only kind thought about others. It’s actually not as difficult to do than you think. The motivation to do it makes it easier and helps us through situations that would otherwise test us. Thinking that you can’t is self-fulfilling. Try it out – just for today – and see how you get on.

It’s not a failure if you slip up. That’s to be expected. The fabric of life is very much lumpy, filled with ups & downs and successes & failures, but we get better with each attempt.

And the funny thing is, the more we think kindly of others, the better we feel inside … and eventually we come to realise that peace and happiness is a product of our minds. It’s in the thoughts we think.

And as we think, so we also impact everyone and everything else.

All references cited above can be found in, David R Hamilton PhD, ‘Is Your Life Mapped Out?: Unravelling the mystery of destiny vs free will’ (Hay House, 2012) Check out the book here