How a child with Chickenpox stopped itching 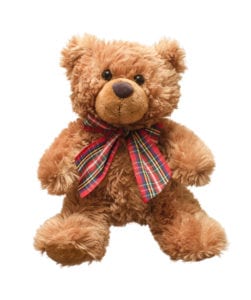 As you know, I’m a big fan of visualisation.

As I’ve explained before, in many ways the brain doesn’t distinguish real from imaginary. As we imagine something, to the brain, what we imagine is actually happening.

In previous blogs I’ve shared scientific evidence of how people have altered physical strength through visualisation, how visualisation can help weight loss, lots on the power of placebos, as well as how visualisation is used to help people heal from illness.

During a workshop I taught last weekend on this subject, a woman shared an amazing technique that her little 3-year-old daughter used to avoid scratching her face when she had chickenpox. It is such an amazing strategy that I just had to share it with you.

Her child’s face was so itchy, the woman told me. Having learned about visualisation from my book, ‘How Your Mind Can Heal Your Body’, she explained, she was suddenly struck with an idea.

She asked her daughter to go find a teddy bear whose face tickled as much as hers. When the little girl returned with a teddy, her mother told her that she should scratch teddy every time her face became itchy and that it would help stop her own itch.

And that’s exactly what she did.

Amazingly, the itch faded on her own face and she didn’t scratch her face once.

It reminds me of how mirror boxes can be used to help people who have lost a limb to deal with phantom limb pain and itches. Say the person had lost their right arm. A mirror box can be placed on the table and the person would lay their left hand down. The mirror then shows a reflection that looks like the person has both a left and right arm.

And that’s what the brain processes. The mirror box tricks the brain into acting as if the person does have a right arm, enabling them to then scratch it. In other words, scratching the left hand, now reflected in the mirror as a right hand, can relieve a phantom itch in the right.

It’s likely, given the teddy-chickenpox example, that even a representation of a body part can have the same effect. In other words, something that we decide represents a part of the body might activate the brain in the same way.

In his mind’s eye, he then gathered up the shards, heated them in a cauldron to melt them, and then poured them into a new mould. In effect, he took his brokenness and made himself whole again.

A month or so of daily visualisation like this was a huge tonic for him and brought him out of depression.