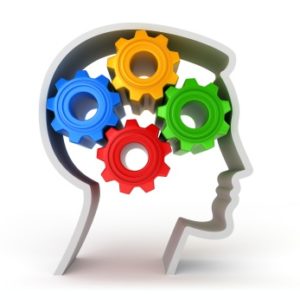 I’ve been thinking about this a lot recently. I’ve made an observation that when people learn a lot about health and nutrition, even though they enjoy better overall health when they act on their knowledge, they tend to get more colds.

Of course this doesn’t apply to everyone but you might spot yourself if it does apply.

And I have to admit, I went through that phase myself.

Personally, in the past I only had positive associations about food. When I ate some chocolate, my main thought was that I was getting energy from it. Cheese, for me, meant protein. Milk was calcium.

But back in 2003, my life changed in many ways as I learned a lot about good nutrition. As I put my knowledge into action, I lost 18 pounds in weight in around 7 weeks, my skin tone even improved and I felt fantastic compared to how I’d always felt.

But I also started getting more colds and sore throats. To be honest, I’m one of those people who, up until that point, rarely got sick. In fact, the headmaster at my school announced my name on the tannoy system when I was 17 as one of only 2 people who’d gone 6 years of high school without missing a single day through illness. Actually, that wasn’t so cool for a 17 year old. 🙂

Now, I don’t personally think the colds had anything whatsoever to do with my new diet. My new diet was excellent. So what was the cause? I think the root was the fact that now I was acutely aware of all the foods that were ‘bad’ for me.

Eating chocolate no longer meant energy for me. Now it meant sugar (bad) and saturated fat (bad). So when I ate chocolate (which I find hard to resist), I was really telling myself that I was taking stuff that was bad for me into my body, whereas in the past I was affirming it’s good qualities. The shift was in my mind and it was creating stress.

Similarly, I found myself obsessively reading labels for sugar and fat contents and feeling guilty when I ate something that had high contents of sugar, salt and fat. Funnily enough, I was actually imagining the internal damage they were doing to my body – like a negative visualization. That’s OK if we avoid the foods but it’s not so handy if we eat them anyway.

I’ve been wondering if this could have created a negative placebo effect (a nocebo effect) that resulted in me getting more colds. I think it did. The solution was to change what I told myself about foods.

Of course, it is important to eat a healthy diet. Diet is crucial for health. A healthy diet can reduce the likelihood of obesity, heart disease, diabetes, and even cancer, as well as a number of other illnesses, and it can increase mobility as well as mental clarity.

But we also need to think wisely about food. It would make more sense to think of the positives we get from all foods and then just choose the ones that we know to be better for us in the long-term.

When we have a slip-up day from our diets (which I think most of us do), then we might simply remind ourselves that there is actually energy and nutrients to be obtained from whatever we are eating – unless of course you’re tucking into a plastic bag or something like that, in which case I’d be concerned anyway!

And, of course, I don’t think it would be wise to test the power of food beliefs by eating typically high sugary, salty, and fatty foods and just telling ourselves that we’re getting good nutrition from them.

I’m talking about a sensible balance, where we eat wisely and healthily, but merely observe our minds a little, catching ourselves when we think negative about what we are eating.

As we go through life, learning new things, we needn’t always dismiss what we knew or believed in the past, swapping it for new knowledge. Oftentimes, the wisest thing to do is to build on what we have learned up until then. That way, life doesn’t have to be black and white, new instead of old, but can take on many textures and shades along the way. We can take in the new, but also retain what was good about the old.

That’s how I think of things anyway.

So that’s just some of my thinking about food. As I said, it might not apply to you but I’d hazard a guess that it applies to more people than we’d imagine.
Posted in attitude, Visualization