The Season of Doing Good 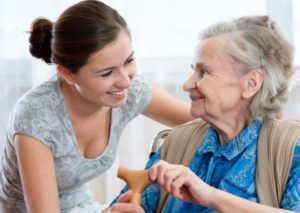 This time of year is when we tend to hear the most messages of kindness. It’s traditionally a season of goodwill and I think we should use this tradition to be kind to each other.

There are many ways that we can be kind. It could be a simple gesture of breakfast in bed, especially if it’s a surprise. It could even be in saying, “You know, I never did properly say thanks for that thing you did for me. It really helped a lot.”

You could help strangers on the street. You could volunteer some of your time. You could even make a monetary donation.

And how about smiling at people? My dear friend Margaret McCathie smiles at people on purpose, and won’t take ‘no’ for an answer. She waits for a return smile. As I write this I recall a time a couple of years ago when Margaret and I were giving a joint workshop (she’s a laughter therapist) at a large insurance company. When we boarded the elevator up to the floor where we would be presenting we found two men in grey suits standing in silence staring at the wall. You may have come across a similar picture in an elevator. 🙂

Margaret burst out laughing, as she has a tendency to do, and proceeded to try to make the men laugh. At this point I should also mention that she was dressed as a clown! But the men didn’t budge an inch. I think it might have been quite a shock to them.

But she worked on them for the next 20 floors until they were now quite different. Both were smiling and looking fairly relaxed. One of them even undid his tie a little.

I was quite impressed and Margaret explained to me the importance of making an attempt to interact with people.

Sometimes, being kind or positively interacting with people can push us out of our comfort zones. It can take courage. Would I have interacted with those two men had Margaret not been there? Probably not! I might have smiled.

But what would have been wrong with striking up a conversation? I think we need to make more of an effort to connect with each other, especially in this season of goodwill. It’s healthy for us. And you never know the connections you might make.

Also, over this next month until the end of 2012, try to make an effort to help those in need. We don’t all need to try to change the world. Many of the people in need in our lives are friends, family members, and work colleagues who are experiencing a difficult time for one reason or another. Sometimes we just need to be the person they can talk to.

I was in a taxi 2 nights ago, from the airport to my house, and the driver struck up a conversation with me. At the time, having just accessed my e-mails I wanted to work through some of them during the 20-minute ride. I often ride in the front in taxis but this time I sat in the back so that I could work.

I quickly realised that the driver needed to talk. After he learned what I did for a living he opened up and shared that he was depressed and had been for a while now. I put my phone away and just listened as he talked. I was also able to offer a few little suggestions on strategies for building happiness. One was gratitude.

I suggested that he spend 5-10 minutes a day thinking of the special moments he has had with this loved ones and considering things that he is grateful for. I injected hope into this by explaining that it should only take around 21 days of doing this every day to create habit and it will make him happier. I also quoted some scientific research on this.

We chatted on and by the time we reached my house he was talking about setting up his own business selling bed linen. He seemed more animated when he spoke of it and told me that his intention is to set it up within a year. I wished him good luck and said I believed he could do anything he put his mind to, especially if it was something that excited him.

When I got out the car and moved toward my house, he rolled the window down. He looked at me and smiled a smile of real sincerity and said, “Thank you. You said some really important things to me tonight.” You know, I had been teaching all weekend but that moment was one of the most significant, and definitely the most unexpected. It was a connection forged through a simple gesture of listening. It reminded me how important it can be just to listen to someone who needs to talk.

I would like to finish this blog post by sharing a true story that a friend of mine, Jo, shared with me a couple of years ago.

Back in 1981 her sister was very ill and was dying. She was living in Canada with her husband and young children. Jo and their elderly parents were living in Scotland.

It was a terribly upsetting time for all the family. Flights weren’t quite as cheap in 1981 as they can be now and Jo’s parents weren’t so well off so they rarely saw their daughter. They kept in touch mostly through letters and phone calls, which were becoming increasingly frequent as she was nearing the end of her life.

One day, there was a knock on the door. It was a complete stranger who then thrust an envelope into their hands. It contained £200.

The only message was, “I expect your phone bills are high at the moment.”

Jo told me that her father was moved to tears.

There are many, many ways that we can help others. Sometimes kindness takes courage, but I would say that these can also bring the greatest rewards.