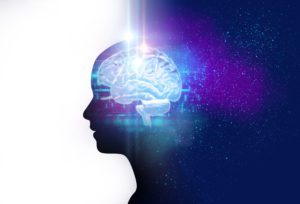 The brain’s circuits are not fixed.

Our experiences constantly change the wiring in our brains, a phenomenon known as neuroplasticity. The more we do something, the more the brain physically changes as it wires it in.

A study of London taxi drivers showed neuroplasticity. It found that the hippocampus of the brain, which is involved in learning new routes as well as with spatial awareness, grew larger the more time they spent driving their taxis.

In another study, conducted by scientists at the University of Regensburg, volunteers learned to juggle three balls over a 3-month period. When MRI scans were taken of their brains, the area that processed visual movement had grown larger.

But it’s not just our physical experiences that cause neuroplasticity. Our thoughts do the same thing. In the first instance, thinking changes brain chemistry, but if we think the same thought repetitively we actually get neuroplasticity in the area of the brain that processes what we are thinking about.

What does this mean for us in daily life?

It means that our thoughts and attitudes become wired into our brains. But it also means that we can change our habits. They are not fixed.

For some people, a negative emotional response is typical when faced with life’s challenges. But it can be changed.

Even when this is a habit, neuroplasticity means that it can be overturned. As we make a conscious effort to adopt a different attitude, the brain circuits that processed our old way of thinking begin to fade, like the way a muscle atrophies if you stop using it. In a sense, the brain doesn’t want to waste energy maintaining the circuits if they are not needed as much.

In the juggling study mentioned above, after the first scans, the jugglers stopped practicing for 3 months and new scans then revealed that the area that had grown earlier had now shrunk. It’s a case of ‘use it or lose it’.

As we work on our new attitude, and the old circuits dissolve, new circuits are created in the brain that ‘wire in’ our new way of thinking so that the healthier positive attitude becomes the habit.

As we change our minds, we really do change ourselves as the neurological level. In the past, before research into neuroplasticity, many people might have though that their way of thinking was their nature. But a leopard can change it’s spots, so to speak.

You can think yourself positive, should you want to of course!

If you do, here’s a simple tool that can help. It’s called a Gratitude Intervention.

This is where, each day, you list about 5 or 10 things that you are grateful for. It gradually shifts focus away from stuff that annoys us or gets us down onto things that are pleasing. We start to see people differently, noticing and appreciating sides of them we hadn’t paid much attention to before. We also see some of the situations we find ourselves in, in a new light.