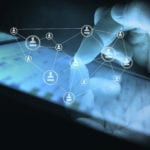 Have you ever wondered if things happen for a reason? A very unusual thing happened in my life a few years ago. I still chuckle to myself when I think about it today. 🙂

Between 2001 and the end of 2002, I had been director of a charity (Spirit Aid Foundation) that a few friends and I had set up. I had many roles within that charity, as is often the case when budgets are limited and so volunteers have to learn to turn their hands to many different tasks.

One of my roles had been to build the charity’s website. At the end of 2002, I stepped down from my work with the charity so that I could start work on writing my first book (It’s the Thought that Counts). A few days after I left, I received a call from a volunteer (Pat) who had assumed responsibility for the website. She excitedly told me that a local IT company had agreed to create a new website for free but that she would need all the original files for the site asap. Could I get them to her by tomorrow? No problem, I told her.

I got out my laptop, opened up the files, popped a CD in the drive and pressed ‘Save’. Nothing happened. I hit ‘Save’ again and again and again. Still nothing. I tried a different CD and the result was the same. I actually went through a whole pack of CDs and none of them worked either.

I decided I needed some new CDs so I jumped in the car and drove to the nearest town where I could purchase some new CDs. I entered the shop and immediately came face to face with a large display of cheap floppy discs. I made my way around them, chuckling to myself that floppy discs are ‘so yesterday’. Being tech savvy, I told myself, I would be using CDs as they are the ‘in thing’. This was 2002, around the time when floppy discs were being phased out and replaced with CDs, which could store much more data.

Everywhere I looked for CDs in the shop, I kept finding floppy discs. Eventually I had to ask a store assistant where to find them. When I took them to the counter to pay, the assistant even then attempted to sell me floppy discs on special offer. I think they had an excess of stock they wanted rid of. Affirming how tech savvy I was, I even gave the assistant a little lecture on the differences in storage capacity between a floppy disc and a CD and why it’s much better to use CDs.

Proud of my new purchase of a pack of five shiny new CDs, I made my way back home. I popped a CD in the drive and pressed, ‘Save’. Nothing! I went through all five of my new CDs and none of them worked.

Not being one to allow myself to get too stressed, I had concluded at that time in my life that if I started to feel stressed, a good exercise was to do the exact opposite from what was stressing me. So naturally, knowing that I really needed to get the files onto a CD and to the post office by around 5pm, I decided to take the rest of the day off instead.

I phoned Elizabeth and she collected me in her little Fiat Cinquecento. We decided to go for a drive to somewhere nice where we could have lunch. Once in the car, Elizabeth asked me where we were going. I hadn’t a clue. I hadn’t thought that far ahead. So I opened up the AA Road Atlas (this was 2002, long before we had a sat nav) and found the large double page that covered central Scotland, where my small village of Banknock could be found. The page spanned quite a large area of cities, towns, villages about 250 by 250 kilometres, so I randomly selected as our destination a small town neither of us had ever visited, which was about an hours’ drive away.

When we got there, we drove into a large car park that was utterly deserted so we had our choice of parking spaces. Elizabeth selected one, parked and switched the engine off. As I stepped out of the car, a little box right in the centre of the adjacent parking space caught my attention. I moved closer to examine it and was quite taken by surprise when I learned that it was a box of ten floppy discs!

I decided not to touch them, just in case somebody had dropped them and was maybe on their way back for them. So we went for a walk and stopped into a pub to get some lunch, where we stayed for the next hour or so before returning to the car. We had swiftly concluded that perhaps one of the reasons why we’d never visited that town, nor had heard of family of friends visiting it, was because there really wasn’t much to see or do.

Back at the car park, still there, sitting ‘parked’ in its very own space, was the box of floppy discs. This is when I had the thought that maybe they were meant for me, so I took them and we drove back home again.

It’s a useful strategy for managing stress and boosting your creativity, to do something completely different from what is causing you stress. Back at my laptop I decided to once again attempt to save the web files onto CDs. I figured that I probably did something in error earlier in the day. Now that I felt refreshed I had a feeling I’d spot my error. And spot it I did. My error was that I didn’t actually have a CD Writer so I couldn’t possibly save onto a CD.

I had a CD Reader. Computers nowadays (the ones that still use CDs, that is) have the ability to read a CD (i.e. open what’s on it) and write a CD (i.e. burn files onto it). In 2002, you needed to buy a CD Writer, which was a little box you plugged into the side of your computer. I didn’t have one, despite my proclaimed tech savvyness. This was the point I felt a little pang of regret at having lectured the shop assistant about all my knowledge of technology. I had needed floppy discs all along.

But it’s funny how things work out. I just happened to have a new box of floppy discs that I had found in a car park a few hours earlier. I used them instead. And I actually needed all ten of them as there were so many files.

Once it was done, I packed them up and just made it to the post office as it was closing for the day, thereby ensuring that, as promised, Pat received all of the website files the next day.

I often wonder how weird stuff happens. Being scientifically minded, I have difficulty leaving things be. I have to find an explanation. Statistically, the chances of finding a box of ten floppy discs in a car park an hours’ drive away, where I could have selected anywhere in the same radius, when I actually needed floppy discs, is round about zero, I would think. If I thought I could do it again, I think I’d have more success betting on winning the lottery two weeks in a row.

I have written in some of my blogs (see: A Cluster of Synchronicities and Do You Have a 6th Sense?) and in one of my books (Is Your Life Mapped Out?) about how we’re all connected and, in fact, how everything is connected to everything, and that if we play with the idea that consciousness is not inside the head but is spread out over the universe, then that might provide part of an explanation for why we seem to sometimes attract who and what we focus our attention on.

In this case, my larger (subconscious) awareness knew all along that I needed a box of floppy discs and, as everything is connected, was also aware of exactly where I could find such a box. At first, it drew me to a shop where I was given numerous opportunities to purchase them, but where I instead elected to let my ego have its say as I explained the merits of CDs to the shop assistant who, for the sake of good customer service, feigned some interest.

My subconscious must have had a sense of humour that day as it then seeded the idea of choosing a place nearly 100 kilometres away where I would have no choice but to accept the floppy discs that I had needed all along.

That’s my explanation anyway. I do think it’s funny how things work out sometimes.

14 thoughts on “It’s funny how things work out sometimes”