Real vs Imaginary in the Brain and Body 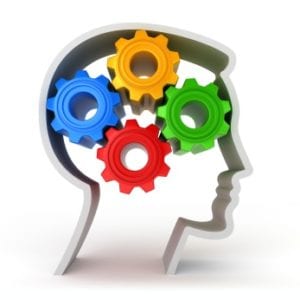 The brain, in many ways, doesn’t distinguish real from imaginary.

Another thing to consider is that a stressful event is not absolutely a stressful event. All you can be certain of is that it is stressful for you. The same event might be experienced differently for someone else. So, the event itself is not stressful. It’s how you think about it that’s stressful and that results in your feelings of stress. And it’s your feelings of stress that produce the stress hormones. So, you produce stress hormones because of how you feel, regardless of whether you’re there (in the stressful situation) in person or there in your mind.

The main kindness hormone is oxytocin, otherwise known as the love drug, the hug drug, the cuddle chemical, or any other similar affectionate name. It’s the feelingsof warmth and connection that produce oxytocin.

So, whether you’re being kind, receiving kindness, or witnessing kindness in a real or imaginary setting, you feel the same feelings and therefore produce the same kindness hormone. Just as with stress, your brain doesn’t distinguish between real and imaginary.

Can the same be said with other systems of the body? It seems so. Numerous studies have shown that imagining touching or moving a part of the body activates the corresponding brain region as if we really did touch or move that body part. For example, researchers at the Karolinska Institute in Sweden showed that when a person imagined moving fingers, toes, or even their tongue it activated the fingers, toes, and tongue regions of the brain as if they really were moving their fingers, toes or tongue.

The famous ‘piano study’ is an excellent example from neuroscience. Researchers at Harvard University, led by Alvaro Pascual-Leone, compared the brains of people playing a sequence of notes on a piano with the brains of people imagining playing the notes. The region of the brain connected to the finger muscles was found to have changed to the same degree in both groups of people, regardless of whether they struck the keys physically or mentally.

It is this phenomenon – the fact that the brain processes imaginary as if it were real – that allows sports people to benefit from visualisation practices. Several studies have shown that players can improve on their golf shots, tennis strokes, net shots in basketball, ice skating, football, or just about anything. Studies have shown people increasing their muscle strength by imagining themselves flexing muscles or lifting weights. In a study, for example, at the Lerner Research Institute in Cleveland, imagining flexing the little finger for 15 minutes daily for 3 months was shown to increase muscle strength by 35% … and the volunteers hadn’t even lifted a finger. 🙂

The technique has also allowed people who have had a stroke to recover faster, as has been demonstrated in several studies that compare patients receiving physiotherapy with patients doing visualisation of movements as well as the physiotherapy. According to these research studies, those who do the visualisation practices recover faster than those who do physiotherapy alone. A 2014 meta-analysis of the use of ‘mental imagery’ in stroke rehabilitation noted this compelling evidence and concluded that it could be a ‘viable intervention’ and that it renders ‘unlimited practice opportunities’.

The benefits rely on the fact that when a patient visualises movement, the brain processes it as if they really are moving, and so imagined movement becomes like extra physical practice as far as the brain is concerned.

We can even extend the idea onto eating. In a study led by Carey Morewedge, at Carnegie Mellon University, volunteers either ate or imagined eating small sweets. Some volunteers were asked to imagine eating several sweets and others were asked to imagine eating only a small number. When given the chance to eat real sweets later, those who imagined eating the most had less appetite for more. It was concluded that imagining eating impacted the brain like real eating does and actually supressed the appetite for more, just as real eating does. It was as if the brain were saying, “OK, that’s enough. I’m full now” even though the person hadn’t actually eaten anything but had just imagined it.

In other words, in some ways the brain processed imagining eating as if the person really was eating. A word of caution here, though. Research hasn’t investigated whether imagining eating affects the body in other ways, like perhaps without actual food a person might deprive their bodies of needed nutrition. But the point is, again, that the brain isn’t making a noticeable distinction between real or imaginary.

How far does this go?

Studies even suggest that the immune system responds in a similar way. Volunteers asked to imagine increasing levels of certain antibodies, or immune cells, were able to increase their numbers. Furthermore, in a randomised controlled trial of breast cancer patients undergoing chemotherapy, around half of the patients were asked to also imagine their immune cells like piranha fish and to imagine them destroying cancer cells. In those who visualised, immune system activity was higher than it was in those who didn’t visualise. In fact, the immune systems of those who visualised were showing high levels of cytotoxicity even after the fourth (and final) cycle of chemotherapy.

So, generally speaking, insofar as the above examples go, it seems to be that the brain and body don’t distinguish between whether something is real or whether we just imagine it as real.

The question now becomes: what does that mean for us?

All references and more complete discussions can be found in David R Hamilton PhD, ‘How Your Mind Can Heal Your Body‘, (Hay House, 2019). Individual references are below.